Home > Movies > YouTube TV vs Hulu Live: Which Service is Best for You?

YouTube TV vs Hulu Live: Which Service is Best for You? 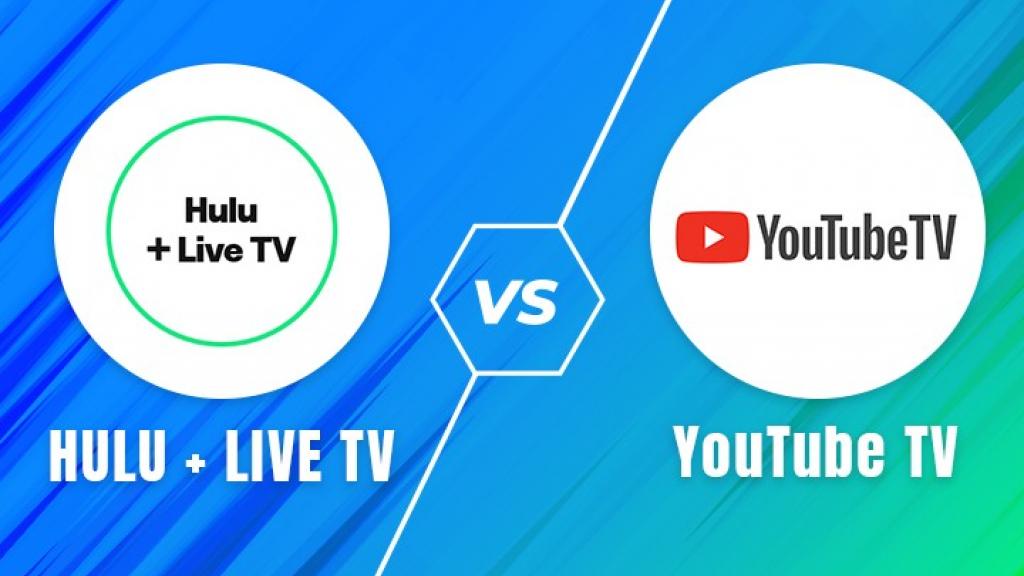 In the United States, when you talk of live TV streaming, YouTube TV and Hulu + Live TV are among the most mentioned and subscribed-to platforms. However, some people seem stuck in deciding which platform is best for them, Hulu Live TV or YouTube TV; hence the comparison, YouTube TV vs Hulu Live TV remains one of the most searched queries in the US.

If you are one of such users, this article will definitely help you. Today we will have a deep comparison between these two services, which will help you decide between Hulu Live vs YouTube TV. Let us begin.

Before anyone can conclude that one of these live TV streaming service providers is better than the other, there are a lot of factors to be considered. These factors can include the pricing, number of channels, and extensive services provided on each of these platforms. Let’s briefly introduce these services and then compare them to identify the best.

Costing plays a major role when it comes to Hulu TV vs YouTube TV comparison. Both the services have the same plans. See the table below.

Both the services come with the same costing of $65. However, it is clearly visible that YouTube TV is cost-effective seeing the benefits it offers. YouTube TV offers 3 users to stream at the same time and provides more than 85 channels with unlimited cloud DVR storage. The only drawback is that YouTube TV does not allow offline viewing.

Speaking of subscription plans, hidden cost also plays a major role here. In the Hulu Live TV vs YouTube TV battle, YouTube TV does not have any hidden cost. But it is not the same case with Hulu Live. If users need to have a limitless number of simultaneous streams and 200 hours of DVR Cloud storage, they will need to spend an extra $15 every month. The below table will give you a clear idea about the hidden costs.

Hulu Live service can be accessed through a number of devices as well as browsers. Users can access the service via iPad, iPhone, Roku, Fire tablet, using Chromecast, select LG TVs, or on an Apple TV. In addition to this, on-the-go content is normally categorized based on genre, and these genres will change eventually on the basis of user behavior. The Live Guide displays what is playing currently on Live TV now, and what is available over the coming 2 weeks.

On the other hand, YouTube TV can also be accessed from a range of devices. Users can sign in and watch videos on Chromecast TVs and through AirPlay for Apple TV, dongles, Roku, Vizio Smartcast TVs, and Xbox, among others. While using this service, users can find their on-demand shows/movies live on the "Home" screen and their DVR content under "Library". Lastly, the "Live" section has a channel grid.

To sum up, the YouTube TV interface is simpler to use, and not just for folks using standard YouTube service. If you are using the app or desktop versions, the service provides a streamlined experience, even if it is not as good as Hulu. On the flip side, Hulu launched a new UI in 2020 that elevated its game. The UI is easier and brighter to use and search kind of content users wish to watch. Therefore, based on user experience, both the services offer the same experience to users.

In addition to this, the following table will show the different channels that are present in either one of the services.

YouTube TV comes with on-demand movies and TV shows from different shows and networks, much similar to other cable services. The service also provides YouTube Originals without ads. However, this is not enough to stand against Hulu.

Having a subscription to Hulu Plus Live TV gives users all of the on-demand movies and TV shows available on the standard Hulu Live service, along with thousands of episodes of originals as well as network TV shows such as Catch-22, A Handmaid's Tale, Palm Springs, and Letterkenny. Hulu Plus Live TV users can upgrade their plans for an extra $6 to get rid of ads from many of the shows, even though some will still display ads. All in all, if you shell more money, you will get more service. However, when it comes to original and on-demand content, Hulu seems to dominate.

YouTube TV and Hulu Live have 20 and 14 sports channels respectively. This is why YouTube TV is the second-best service preferred by users for live TV streaming when it comes to sports.

While Hulu Live has the following sports channels:

When it comes to DVR, YouTube TV has no match. There is no service in the industry that provides limitless storage space and saves your recordings for 9 months. On the other hand, Hulu Live offers you 50 hours of cloud DVR space. In addition to this, users have to shell out an extra $10 monthly for 200 hours of DVR space. This takes the total bill of a Hulu Live user to almost $81, which exceeds that of YouTube TV. However, while shelling out money on Hulu Live, users get one advantage that they do not have a time limit (9 months on YouTube TV) on saving the content.

YouTube TV can be streamed on the following devices:

Hulu Live can be streamed on the following devices:

In addition to the many channels offered by these live TV services, if you need to get other services or channels from another streaming service, you can achieve that by installing an add-on. For example, to get HBO streams on Hulu, you have to install the Hulu HBO Max add-on.

The Espanol add-on adds support for Spanish TV channels, while the unlimited screens add-on lets you stream on all your devices.

Mere looking at the add-ons list, it is obvious that YouTube TV supports more add-ons than Hulu Live. However, these add-ons are not actually free; you will need to pay for them separately - your regular subscription charge does not cover these add-ons.

For example, the Hulu HBO add-on will cost you an additional $14.99 charge on your selected Hulu subscription plan.

Talking about the features offered by Hulu Live TV and YouTube TV; actually, both services feature an intuitive interface that is easy to use and navigate. You’re getting 1080p quality at 60FPS on either of these platforms. Coming down to the audio side, Hulu + Live TV supports 2.0 stereo audio; however, it offers 5.1 audio for select on-demand videos. It is possible to stream on just two (2) devices at a go on a single Hulu subscription. More so, basically, you are limited to just 50 hours of DVR storage, if you need more, you’d be paying for that - and you won’t still get unlimited storage.

On the other hand, YouTube TV offers 2.0 stereo sound and supports streaming on up to three (3) devices at a go on a single Hulu subscription. YouTube TV offers unlimited DVR cloud storage with no additional fee to the standard $64.99 charge. Furthermore, YouTube TV’s DVR feature supports rewind, fast forward, and pause/play.

It is possible to save YouTube movies or download Hulu videos offline; all you need is a premium video downloading. StreamFab Downloader is a professional tool that helps you download movies and TV shows at 1080p quality and 5.1 audio. The software features an intuitive interface and supports over 1,000 websites. But to download Hulu shows and any videos, you will need the Hulu Downloader from the Downloader suite which contains more than 10 separately sold streaming downloader series. And for downloading movies from the YouTube Movie, you shall select the YouTube Movie Downloader, instead.

The question cannot be answered based on a single factor. Since it is a subjective question, different users might like different services. But based on a large user base, YouTube TV is preferred by a number of users.

One of the disadvantages of YouTube TV is the user interface as compared to Hulu Live. Additionally, even though the cost for both the services is the same, the price of YouTube TV increased from merely $35 to a whopping $65. Lastly, the service will not be supported on Roku by the end of 2021.

Is YouTube TV or Hulu live better for sports?

When it comes to sports, YouTube TV supports 20 channels in comparison to Hulu Live, which supports 14 channels. Hence, even though all the major channels are supported by both services, YouTube supports more channels.

Having said that, we had a brief look at Hulu vs YouTube TV service. Both the services have their own set of advantages and disadvantages. People can choose either of the services as per their needs. But clearly, YouTube TV is the winner among the two.