How to Watch Every Marvel Movie in the Correct Order 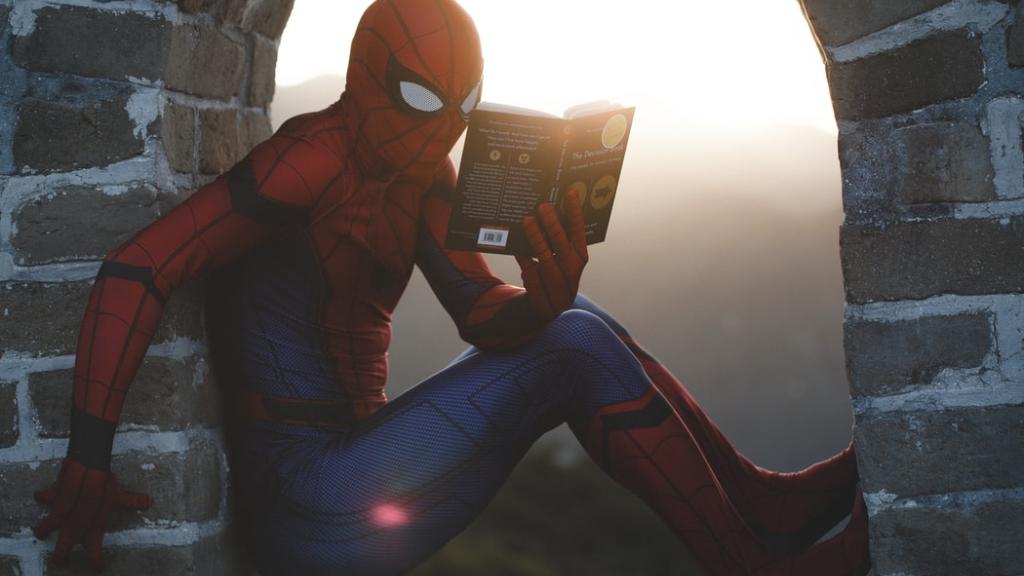 Do you interested in Marvel movies? Today on beyond the Screen we want to recommend to all you curious folk out there, the most ideal viewing order for returning fans or even new viewers. We're specifically opting to go down to the Timeline Order route here, as opposed to personal preference, but feel free to leave your comments down below with your ideal viewing order.

The first Avenger what better way to begin than with the introduction of our favourite Captain, Steve Rogers. In The First Avenger, he is introduced to us through flashback, transporting us back to World War II, as well as connecting the film to the major antagonist threat known as HYDRA. Now, the only downside to watching this film first is that it already expects you to know who Nick Fury is, and, to a lesser extent, Howard Stark as well. However, timeline-wise, First Avenger makes the most sense to watch first.

Next, let's jump over to one of the most recent releases, Captain Marvel. Now, in a similar vein to our previous point, this movie can be viewed in a variety of different orders -- but if we're sticking with timeline continuity, this is its correct location. We are introduced to the most powerful superhero in the MCU in this 90's throwback film. It is the best origin story, and aside from a post-credit scene that alludes to Endgame, it almost could exist entirely on its own outside of the Marvel timeline. In the grander scheme of things, Captain Marvel would be the flashback before the Infinity Saga and is more of a way to introduce an important character for later down the line.

However, the post-credit scene complicates things. Considering it is taken directly out of End game, which requires you to know who all of the characters are.

The movies that started it all back in 2008. Iron Man introduces us to Tony Stark and the origin of his Iron Man suit, as well as Stark Industries, and more importantly, SHIELD.

Specifically, Agent Phil Coulson, and the idea of the Avengers Initiative. Not only that, but this is also the film that began the post-credit scenes tradition.

We are introduced to Rhodey, aka, War Machine in Iron Man 2 -- a central figure in the MCU following this. It lays the groundwork for events to come -- and more importantly, gifts us with the introductions of Natasha Romanoff, aka, Black Widow -- one of the original six. The Incredible Hulk Don't Watch It.

A movie like no other, a movie that brought together all the MCU heroes together, united against a common threat. This is also the first movie where we get to see Mark Ruffalo take on the role of The Hulk, replacing Edward Norton from that earlier film that I told you not to watch. Now, the movie takes elements from The Ultimates comics and introduced both mid-credits and end-credit scenes -- and was arguably the first step towards Infinity War. Iron Man 3 This was the first movie from Phase 2, with Phase 1 concluding with Avengers. In this film we see Tony dealing with the personal aftermath of the events in Avengers, and introduces us to his greatest enemy.

This atrocious Thor sequel also deals with the aftermath of Avengers, much like our last point -- only this time, we have a new villain. Malekith and the Dark Elves. This film is only important because it has a direct connection with Thor: Ragnarok, which we will be discussing later.

In this film we see Cap and Black Widow team up together for SHIELD in their counter-terrorist Special Mission Unit STRIKE. Now, this movie is incredibly important because it completely shakes up the MCU by introducing Winter Soldier, Bucky Barnes, aka, Steve Rogers' best friend from his days as a soldier.

Guardians of the Galaxy

Ah yes, the first full-on introduction of the cosmic side of Marvel with Guardians of the Galaxy. Introducing the likes of Star-Lord, Gamora, Nebula, Groot, Drax and Rocket. During the mid-credits scene of Avengers we are introduced to a big purple alien, who is finally named in Guardians -- yes, Thanos, well-done kids. Now, the movie's story is pretty much standalone in the grand scheme of things, with the most important piece of information coming out of it being Thanos.

Guardians of the Galaxy Vol 2

And they're back again -- and not much has changed. Once again, it doesn't have any real ties to the broader MCU, allowing you to watch it whenever you want. But what better placement than right after the first one.

At this point the Avengers are now an established team, however, when Tony makes a big goof and creates an evil sentient robot, the Avengers must team up again to take down this big threat. Now, this movie sets up a number of things heading into Phase 3 -- and of course introduces us to Scarlet Witch. Ant-Man Now, this movie is the conclusion of Phase 2, and the perfect film to follow Age of Ultron. We are introduced to Scott Lang, a criminal who is approached by Dr Henry Pym to protect his greatest inventions. Pym Particles. Which are very important leading into the latter half of our list, and particularly End game.

The third instalment of Captain America, not only brings us Steve, but also the entire Avengers gang. Only this time, they're battling each other. The story deals with the fallout of the events in Age of Ultron, as well as deals with the introduction of Winter Soldier from the previous film. However, more importantly, we get Spidey Man.

The first film fully introduces the mystic arts into the MCU, as well as introduces alternative dimensions. An immensely important aspect that will come into play later. Now -- it's hard to place the film considering it takes place over a long stretch of time. However, it's the perfect introduction to Strange, who plays a huge role in the MCU from this point onwards.

This film picks up right after the events of the Civil War, with T'Challa returning home and taking on the mantle of King. Now -- the film itself doesn't tie in too much to the rest of the MCU, but is instead a fitting origin story for a hero and setting that we will get to see later on down the line.

Homecoming Spidey is back and now adjusting to life as a superhero, flying around New York and solving petty crime. We can assume it takes place just a few short months after the events of Civil War -- and gives us the Spider-Man origin story we all desperately needed.

Avengers: Infinity War. It's the big showdown between the Avengers and Thanos who has his sights set on the Infinity Stones -- with the movie ending with the Mad Titan snapping and dusting half of the universe.

Avengers: Endgame. This is the final chapter in Phase 4 and closes the book on a lot of our favourite heroes that were previously mentioned.

Now, I'm not going to spoil anything for you. Just watch it. Well, there we have it! Do you guys agree with our viewing order? Or do you disagree?