Home > Tips > How to Get Disney Plus on Apple TV?

How to Get Disney Plus on Apple TV? 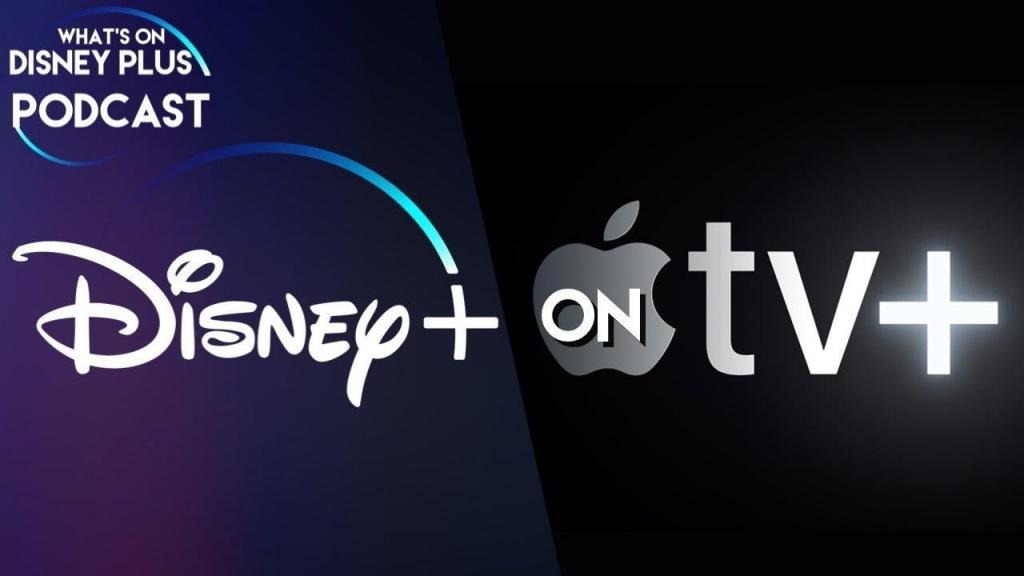 Disney Plus is a popular channel that adults, as well as kids, love to watch. Initially started as a platform for airing all Disney shows, today this particular channel has different kinds of shows, sponsored or co-partnered in production by Disney. You can get regional shows as well, as per the country you are residing in. If you are wondering how to get Disney Plus on Apple TV, it is easy to do so through the App Store.

The store option is embedded in the Settings of Apple TV as well. Hence, through this option, you will be able to get Disney Plus or any other channel. Disney Plus and other channels are available as apps at the store which you can simply click on and download. Once you have downloaded the app you can easily get the app ready for use. Of course, once you have Disney Plus on Apple TV all you need to do is open the application and log in. In case you do not have an existing account, you need to subscribe to the same. That is how to get Disney Plus on Apple TV working and available to showcase your favorite shows on this platform.

Section 1. What Disney Plus is?

Disney Plus is an on-demand video streaming service that is owned by the media distribution part of Walt Disney Company. This is the primary channel through which you can get access to Walt Disney Television and shows produced by the Disney studios. There is original content that is distributed through this channel, such as films and television series. It is usually streamed along with ESPN+ and Hulu, primarily targeted towards the US market.

Originally launched in November 2019, Disney+ was initially launched for US markets along with Canada and Netherlands. It later expanded to markets such as Puerto Rico, New Zealand, and Australia. From March 2020 it became available in many European countries and through Hotstar of Star India; it is now available in India from April 2020.

Disney Plus is priced at $7.99 for a monthly rate and $79.99 for the whole year, for US subscribers. At this price, customers get access, ad-free, to the streaming titles on the platform, across several interests and genres. Initially, at the time of launch, a seven-day free trial was offered to subscribers. However, today you need to pay upfront to get the service.

Customers in the US can also opt for a bundled package comprising ESPN+ and Hulu. Here costs are about $12.99 per month, for all three services taken together. Subscribing to the bundled offering saves customers about $5 in the monthly cost. You also get Hulu’s ad-free version here along with ESPN+.

There are several connected devices on which you can stream Disney Plus easily:

If you are looking at Disney Plus Apple TV specifically, the streaming services for this channel are available only on the 4th gen and newer versions of Apple TV. App Store is not available in older models and hence, you cannot download the Disney Plus app on them. On the other hand, if you have Apple TV 4K or Apple TV HD, you will find the App Store as a standard-setting on the device.

Section 3. How to get Disney Plus on Supported Apple TV Models?

If you have a recent Apple TV you can easily get Disney Plus on it by subscribing to the service and then downloading the application on the device. As long as you own an Apple TV of the fourth generation or later you will be able to stream this service. Also, you need to subscribe to use the application. It will cost you about $6.99 every month which you can subscribe to by visiting the official website.

With several shows and series that Disney Plus offers, it has something for all ages. Hence, it is certainly an app that you would want on your Apple TV. If you already have an iTunes account, all you need to do is log onto the app store and sign up via the same. You will get prompts on the app after you download the app.

Steps to watch Disney Plus on Apple TV are as follows:

You would be prompted to enter your username and password. In case you have not subscribed earlier, you can do so through the app as well.

Section 4. How to get Disney Plus on Older Apple TV Models?

If you own an older version of Apple TV, you can still get the Disney Plus app here. The steps to follow are:

If you ever want to download Disney plus movies and TV shows for unlimited offline watching, then you will need a streaming downloader called Disney Downloader, which is one of the many streaming video downloaders available in the StreamFab Downloader suite. With this Disney+ downloader, you can download all the on-demand videos offered by Disney+. On top of this, it also offers other separately sold options allowing you to download streaming videos from other major streaming services, including Netflix, Amazon Prime, Paramount+, HBO Max and HBO Now, Apple TV+, Hulu, and more.

Refer to the following guides to see how to download Disney+ videos:

The downloaded Disney+ videos will feature:

Additional Tips: As the downloaded videos are stored only in 720p or 1080p quality, in case you want a higher quality level, such as 4K, you can choose to upscale 1080p videos to 4K quality with the AI-powered video upscaling software called Video Enhancer AI. Moreover, you can also burn the downloaded Disney+ videos to blank BD discs if you want to watch them on your home Blu-ray player, with the help of Blu-ray authoring software.

The feature was launched in April 2019. Since then Apple has added on new services regularly. You can find the Apple TV app not only on the television of the brand but also on Mac, iPad, and iPhone. The purpose of the same is to aggregate content from different third-party services. The TV app aims to be the one-stop destination for all streaming video services. Many third-party apps integrate with Apple TV easily. For instance, Disney+ and Hulu usually come up in the queue, especially in the latest TV models.

Section 7. What can You Watch on Disney+?

There are hundreds of TV titles and movies that you can expect from Disney+. It definitely has a distinct advantage, having a deep reservoir of its age-old popular shows, movies, both of the animated kind and the live-action ones. The amount of material you can find here is staggering about 500 different films and 7000 and more TV episodes. Among them some best titles to look out for are as follows:

This comprises of shorts or nuggets of bite sizes, popular Pixar characters that come onto your screen of about 20 minutes or less.

This is a suburban sitcom of the sixties style, casting two lesser characters of Marvel superheroes, Wanda Maximoff and Vision.

It showcases events that took place between The Force Awakens and Return of the Jedi. It is a sci-fi adventure series that has been going on the platform since 2019.

If you love watching Phineas and Farb, you are sure to enjoy this sweet and lively animated series.

It is a 1989 show that Disney keeps alive and ever-popular. Indeed, there are 31 seasons and more of this popular show and many are becoming fans of this show all over again.

Other shows to look out for include the classic DuckTales, The Muppet Show, Schoolhouse Rock, Man in Space, and Flora & Ulysses among others.

Disney+ is the app you want among others on your Apple TV. If you have a recent model you will have the app already available, in case you are wondering how to get Disney Plus on Apple TV. Even if the app is not readily available on your older Apple TV model you can get it through your connected iOS device and iTunes account.

With thousands of movies and popular TV shows, it is a platform worth subscribing to, whether you are a fan of popular action or comedy movies or your child wants to watch the popular Disney shows. You could also opt for the Disney Plus bundle which includes Hulu and ESPN+ as well.

Apart from streaming online with the Disney+ app on your Apple TV, downloading your favorite Disney+ movies and shows either for unlimited offline playback or for long-term collection purposes is necessary. In that regard, the Disney+ downloader introduced in this article is of great help to you.