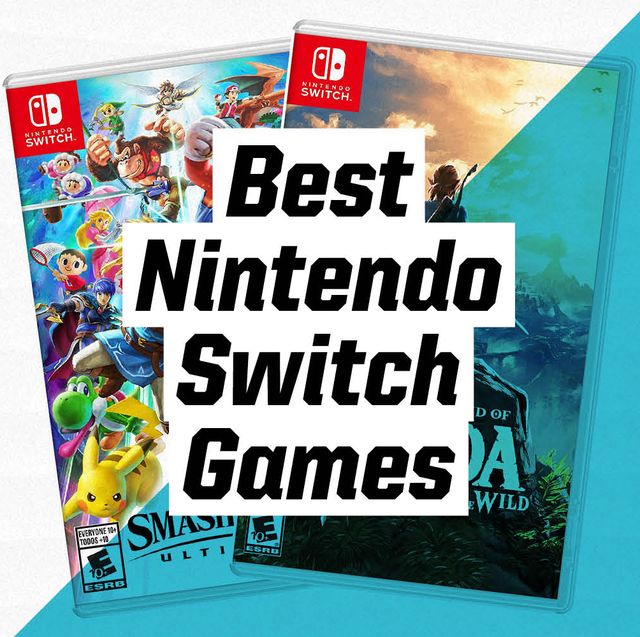 A switch is the gaming console that has secured hype worldwide for the past several years. With the vast library and amazing new switch games on board, the Nintendo switch continues to win game lovers' hearts. If you could get your hands on the Nintendo Switch Lite, you will be amazed to experience its portability. Also, you can expect free switch games almost every month from its high-quality collection in the gaming history.

1. The Cadence of Hyrule: Crypt of the NecroDancer

Crypt of the Necrodancer was launched in 2018 and has been an eye-catching game with its fascinating graphics and stimulating music. Besides, it may not seem the part of the Zelda series, but it throws vibes of adventure while exploring a dungeon with Zelda music.

Furthermore, it is one of the top switch games available for only $24.99. The story is relatively short, but interesting especially when Cadence has to find magical instruments with the help of Zelda and save Hyrule.

Astral Chain is the top Nintendo Switch game with a unique story. It comes under the PlatinumGames series, and you can expect robust and deep visualization of characters. The early challenges are tricky to get on, but you will enjoy this challenging action game once you start learning.

Moreover, beating Astral chair will entirely depend on your playing style, but it can nearly take up to 12 to 18 hours to complete the game.

Are you ready to test your survival skills? Well, this bestselling Switch game lets you experience the dangers of both worlds. It is a water-based series that demands you to be cautious every time because the threat comes from any direction.

In addition, once you complete the challenges and move ahead, you will feel confident and will be able to enhance or update your tools. Undoubtedly the game will capture your attention with fast and new vehicles. However, the game would take a U-Turn and become horror as the player has to experience the environment of an alien planet. That means the danger and threat come suddenly, and sometimes the player can not process the danger and take action. So, it can be pretty fascinating yet horror.

Among the new Nintendo Switch games, The Legend of Zelda: Skyward Sword HD is one. Though it is originally the game of Wii, Nintendo Switch has worked on it and transform it into the most accessible and controlling game ever.

The minor changes make a difference, and now the interface is refresh and better. The story is exploratory with dungeon challenges, exciting but challenging characters, and of course, a new trick to explore at every step.

How about fighting with giant beasts? Yes, this exciting switch game enables you to turn into a hunter and put down giant beasts. The more you destroy monsters, the more you will get to update your character and come close to the rewarding honour.

This online best-selling Switch game offers different ways to help you within the game, like a cliff-scaling mountain to increase the movement. You can also control the monsters while attacking and speed up the game. Besides, you can also add human players to the game online and challenge them to fight with demons.

It is also one of the top Nintendo Switch games that focus on exploring Ruins by being a Researcher. It is an adventurous game that involves solving open-world tasks and translating ancient languages while exploring the region.

The freedom you get as a player is what makes the game exciting and worth playing. It provides the sense of control you will have within the game in terms of exploring and translation. You will also get to decide among the several options, and the entire story of the game will be based on your decisions. So, you might need to modify the changes carefully as it will decide the fate and outcome of the story.

However, the New Horizon is a long-term and slow game, but it will be fun when you develop your island. There are many tasks within the game, like collecting bugs, fishing, designing houses, and decorating furniture. As a player, you can expect complete freedom as the interface and story are predictable and easy-going. So, you will be enjoying every bit of it and get yourself close to the reward.

Since we are talking about long-term games, Splatoon 2 is one of the games that you can play for more than a year without getting bored. The game has curious sequels to keep you engaged with your fellow players.

The game is fun to play, and regardless of your experience and shooting skills, you will enjoy playing it on Switch. However, many players argue that Splatoon 1 was more fun, and 2 is still attracting players to its charm. But wait, we have the rumours that Splatoon 3 is the upcoming Nintendo Switch game, and we can't wait to compare three versions.

Hades is another interesting Nintendo Switch game that has a long engaging story. The game's primary goal is to build something from scratch or repair that has been lost. It is a team-player action game that requires everyone's contribution.

You will be having different challenges on unique routes. You will also experience death almost seven times, but when you wake up, you will be finding yourself in the same house of Hades with your pieces of equipment.

Are you bored of shooting monsters or translating ancient languages? Well, this game belongs to the complete opposite genre. It is a lesson-based game that will teach you to make several genres like Arcade-style shooter or 3D Platforms.

Surprisingly, Nintendo Switch will allow you to play the first lesson of the Game builder garage completely free to have an idea about the game and proceed further. It is an exciting game that opens your mind to several possibilities of the digital world.

If you are a dodgeball fan, you should definitely invest in this game. You will get to play with dodgeball, except it is more potent than the typical one. Besides, the game's primary goal is to hit objects with your dodgeball while roaming to the tempting routes within the map. It might get a little tough when you receive fire against hitting the thing, and you have to avoid it and save yourself and the environment.

Furthermore, the game enables you to customize your dodgeball and enhance your throws with explosives and sudden attacks. You can also modify your character and make it enjoyable by unlocking several add-ons within the game. At last, it costs only $11.99 on Amazon, so have unlimited fun at an affordable price.

It is the combination of two top Nintendo Switch games that doubles the fun. The Nintendo gives a new refreshing look to the Mario 3D and Browser's Fury, and the expansion is breathtaking. There are no such changes to the smoothness and dangers of the game, but it enables you to play with more than two players at a time, which is an exciting addition.

13. Scott Pilgrim vs The World: The Game – Complete Edition

This game grabbed the attention of many as it is again available and featuring as one of the Switch games on sale. This popular series involves shooting or fighting with seven evil exes of Ramona to finally put her in peace so Scott could date her again.

The game is not easy as it sounds because the exes would possess powerful abilities to fight. In contrast, Scott has to go through several tasks to fulfil to unlock his abilities. So, he has to be clever and make sure Ramona Flower does not get hurt in the process. Needless to say that the entire series is fun, but the fighting can get intense by the end.

Safe to say, many upcoming Switch games are replacing the older ones. But, shooting monsters to explore regions, battling within the water, or playing with dodgeball has its own charm.