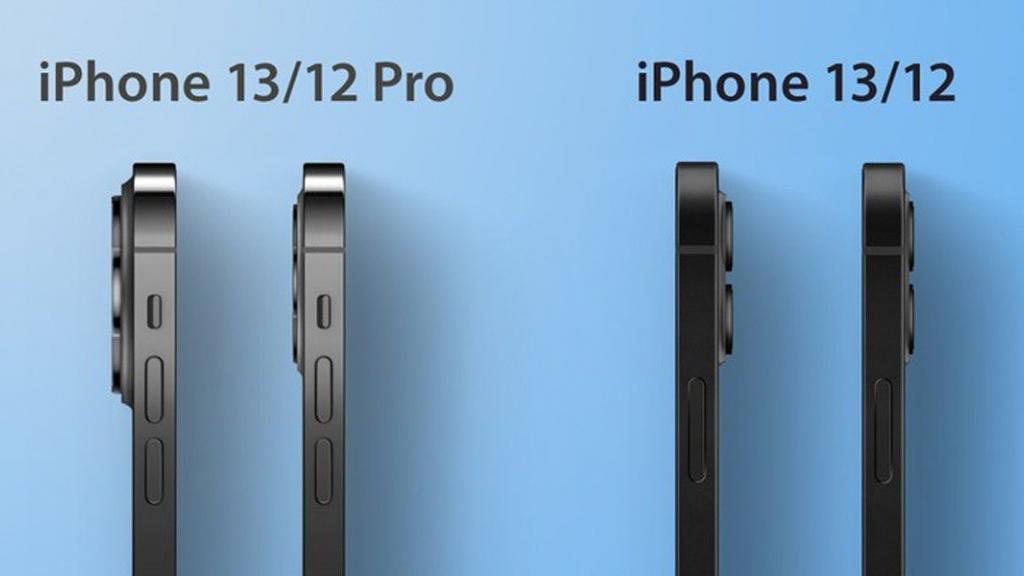 iPhone 12 vs 13! Which one to buy? Are you one of the users mulling over to buy the latest device from Apple? Users looking to buy a new iPhone are confused between iPhone 13 vs iPhone 12. They are confused about which model they should opt for. In order to clear all your doubts, we have brought a detailed comparison between iPhone 12 vs iPhone 13.

This article will cover different factors that will help you in making a sound decision between iPhone 13 vs 12. Read below to know more.

iPhone 13 vs 12 in different aspects

When it comes to iPhone 13 vs iPhone 12 Pro Max, the display is the major factor that becomes the game-changer. In its latest iPhone, Apple has not renovated the display and rather has changed it a bit. Users still get a Super Retina 6.1-inch XDR screen with a pixel resolution of 2532x1170. With this, the brightness levels for the new iPhone have been increased by almost 28% to get 800 nits. The company also states that peak brightness for HDR content is enhanced, which must improve the contrast. The 120Hz super-smooth refresh rate may be reserved for the Pro models, but the screen on the iPhone 13 is also top-notch.

If you think that there is a major difference between the performance in the iPhone 12 Pro Max vs iPhone 13 war, you might need to think again. Apple puts the performance abilities into the new features. On the earlier 11 and 12 models, chip performance exactly matches the requirements of the phone so all of these models are fierce, fast, and powerful performers. The A14 Bionic chip of iPhone 12 was outstanding. On the other hand, the iPhone 13’s A15 Bionic chip is claimed to take things one level up. The company states that the new processor is almost 50% faster as compared to the competition, and provides almost 30% quicker graphics.

On the other hand, this blistering power will not cost you the battery life. Apple still says that the iPhone 12 provides all-day of battery life, while the iPhone 13 will be capable of delivering an extra four hours of video playback, and an extra 10 hours of audio playback.

When iPhone 12 was launched, people got to see the flat design, which took them to the era of the iPhone 5. Luckily, Apple has retained the same design for the iPhone 13, although with specific minor changes. In the front, the notch is much smaller—almost 20% slimmer as compared to the earlier models of Apple. While this means more room at the top, it stays to be seen how Apple utilizes that additional space. In the rear, the camera array is a bit different. On the iPhone 12, the lenses were vertically stacked, but on the iPhone 13, the two lenses are diagonally placed.

When it comes to dimensions, there is very little to differentiate the two models. The iPhone 13 is thicker as compared to the iPhone 12 by merely 0.15mm. It is also 173 grams bulkier, but both these are expected not to bring up much difference.

The camera is one of the major factors that can impact your judgment while buying. Apple carries on with the dual 12MP cameras on the iPhone 13. One of them is wide-angle and the other one is an ultra-wide angle. But there is more to the new setup than just the replaced lenses. To begin with, the wide-angle lens has a huge sensor than earlier and can allow almost 47% more light in comparison to the iPhone 12. This means overall better low-light performance and less noise in photos. This lens also comes with the sensor-shift optical image stabilization seen in the iPhone 12 Pro Max. This assists in getting super crisp photos and reducing blurs when clicking photos.

The iPhone 12 is phenomenal at shooting videos, but the iPhone 13 is even better. The new iPhone is capable of recording HDR video at the fastest frame rates with Dolby Vision. There is also a new feature named Cinematic Mode that lets you to snap video with Hollywood-akin “rack effect” wherein you can shift depth and focus within a frame from one face to another.

When it comes to price, people get a lot more options than imaginable. The iPhone 11 was replaced by two phones, the iPhone 12 and iPhone 12 mini. Let us see what is the price range of the models. For a price tag of $499, users can buy the iPhone 11, which is a value-for-money deal for users.

For a price tag of $599, users will get the iPhone 12 mini. It is a spectacular fit and a great phone for smaller hands, with the A14 Bionic processor, 5G, and two cameras. However, the battery life will be a disappointment in this phone so it will only just get you through a day.

For a price tag of $699, users interestingly get two different iPhones to select from. There is the new iPhone 13 mini and the iPhone 12. Now, this is a difficult choice to make. The iPhone 13 mini is a brilliant option if you like a small phone. It overcomes the problems of the iPhone 12 mini since the battery life is improved significantly. And there is the new A15 Bionic chip which is more capable and faster as compared to the A14 Bionic.

In addition to this, there’s a great upgrade in camera features and a tiny notch on the iPhone 13 mini. If you like small handsets, this is the phone for you. The model is the most powerful compact phone from any company. But the same amount also gives you the iPhone 12.

If you wish for a 6.1-inch screen, then this is the one for you. Users do not get the newest chip, but the iPhone 12 is a strong option. Both the iPhone 13 mini and iPhone 12 have a similar design and the same protection on the front of the phone along with 5G connectivity.

For a price tag of $799, you get the iPhone 13. That is Apple’s latest normal-size iPhone, with the same processor and cameras as the iPhone 13 mini but that much more real estate. The remaining models do not run for competition since they are Pro and costlier.

The battery capacity of the iPhone 13 has been revealed many times and we are not sure what is the truth. At the time of the launch event, Apple made a promise that the iPhone 13 Mini will come with additional 1.5 hours of usage on a sole charge and that the iPhone 13 will last almost 2.5 hours more as compared to iPhone 12.

Those claims appear to be true as the capacity of the battery is significantly enhanced as compared to earlier models. The iPhone 11 battery was unbelievable the latest a full day and more easily. Hence, when the iPhone 12 merely matched this, it was sort of a disappointment for the users.

On the other hand, the iPhone 13 mini and iPhone 13 show that Apple is making efforts to the basics, putting enhanced battery life at the forefront. Both phones last easily long enough, however with normal use.

When it comes to 5G, users get this connectivity option in all the phones. Hence, there is nothing much to compare there.

The dimensions of both the iPhone models are almost the same, but the camera array of the new smartphones is just a little bit wider. However, it is enough for the old cases to fit with the new phones.

No phone in the entire world is actually 100% waterproof, but the iPhone 13 and its other versions are more water-resistant as compared to other phones.

Having said that, we just had a detailed comparison between iPhone 12 vs iPhone 13. This will help you to make a better decision when it comes to buying one of these phones.