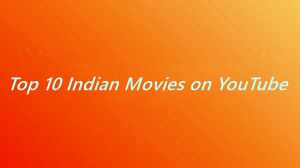 Movies are the ultimate entertainment for everyone. However, some people are not so keen to watch a lot of movies but some are real movie freaks who always want to watch movies. There are movies from different countries; out of that Hollywood (America) is the most famous one. Bollywood of India is equally very popular and people from all corners of the world love to watch Indian movies as well.

3 Idiots is a comedy-drama movie that was written and directed by the popular director, Rajkumar Hirani. The main casts of the movie are Aamir Khan, R Madhvan, Sharman Joshi, Kareena Kapoor, Omi Vaidya, and Boman Irani.

The movie screenplays about following our passion, and not what our parents or others ask us to do in our life. The movie gives a great message: do what you love and be successful one day.

The comedy of Omi Vaidya and the humor of Aamir Khan made the movie a blockbuster, and it has 8.4 ratings on IMDB.

This movie is one of the latest movies of Bollywood which was released in 2017. The movie screenplays about the rural areas not having toilets in their home because they think having a toilet within the house is against their culture. When Keshav gets married to Jaya, and Jaya comes to know there is no toilet in the house, she tries to convince him to build a toilet. Keshav wanted to do but his father was against it.

So, they both try to eradicate this wrong thinking of village people, and finally, they get success and people start to think about having a toilet in their houses. Since the movie is on a social issue, it got grand success in India. The movie has 7.3 ratings on IMDB.

Padman is another movie on this list that is on social issues. Laxmikant when he sees his wife is using dirty cloth during her periods. He thinks of it and tries to make a sanitary pad that is good and very cheap in terms of price. In the whole movie, Laxmikant struggles a lot to make the machine to make pads at a low cost.

The movie is based on the true story of Arunachalam Muruganantham. The movie did great business and got the ratings 8.1 on IMDB. This is one of the best Indian movies on YouTube to watch.

It is a romantic thriller movie which is an Indian movie but not Bollywood. It is a Tamil-language movie but its Hindi dubbed version is available on YouTube to watch. Vikram(as Lingeshan) is in the lead role in the movie and is a bodybuilder but when Amy Jackson (as Diya) asks her to shoot with her for an ad. He gets ready as he was a great fan of Diya. He gets success everywhere as a model. So, the doctor who secretly wants to marry Diya, John who lost modeling work due to Lingeshan’s success, and a few others plan to take revenge.

They inject the “I” Virus into Lingeshan’s body, and he turned into a horrible-looking human. Later, when he comes to know about them, He takes revenge on everyone in different ways. And, in the end, he with the help of a good doctor gets her old look back gradually.

It is the best Indian Movie on YouTube currently. It has 7.4 ratings on IMDB.

Drishyam is one of the best Indian thriller movies of all time. In this movie, Vijay’s daughter, Anju was being blackmailed by a guy named “Sam” as he made a video of her removing clothes in the bathroom. Sam is also the son of Meera Deshmukh. Nandini (Anju’s mother) pleads with Sam to delete the clip and leave the family alone but Sam wanted some sexual favors from Anju. While trying to break the phone in which the clip was saved, Anju killed Sam unintentionally.

Then, Vijay came to know about all these and, he makes a plan to save his family from Police. The plan is screen played so well that you will enjoy it so much while watching the movie. The movie has 8.3 ratings on IMDB.

PK is a comedy-drama in which PK (Aamir Khan) comes to Earth from his planet, and he couldn’t go back. The machine or you say remote control that can help him call his guys to get him back is stolen, and then he started to find it. But, there were so many challenges as he didn’t know how to speak, and he knew nothing about Earth’s culture and all. But, gradually he keeps learning everything. He learns that God is the one who can help him find his remote, and he learns that there are different types of Gods on the earth, and he followed the way to worship God. But, nothing happened.

He met Jaggu who tries to help him get back his remote which is now with the Tapasvi Maharaj who lies to people that the remote is something from God Shiv’s jewel. Later, PK showed everyone that God doesn’t ask them to worship them or give milk and money to him because God doesn’t need it.

When you watch the movie, you will come to know how great the movie is. The movie has 8.2 IMDB ratings. It is a blockbuster movie, and one of the best Indian movies on YouTube.

Bahubali is an Indian Epic action movie directed by S.S. Rajamauli. The movie shows old age wars between kings. The movie has great work of VFX. The movie is about how Bahulbali’s son was saved by Mahismati, and then he grew up in the home of a villager but when comes to the state to free her mother without knowing that she is his mother. But, later Katappa tells him the story about his father, and how he was saved. But, Katappa leaves suspense that why he killed Bahubali.

If you are someone who loves to watch war movies, this is one for you. This movie has won many awards and is a big hit in India. It has 8.2 IMDB ratings as well.

Baby is an Indian action spy thriller movie directed by Neeraj Pandey. A team of Indian intelligence strives to track down and eliminate terrorists continuously. Ajay (Akshay Kumar) leads a team to destroy one such mission named “Baby”. A very nice movie in which it is screen played how intelligence puts ideas into work to complete the mission. The movie has 8.1 ratings on IMDB. If we talk about intelligence movies, Baby is one of the best Indian movies on YouTube currently to watch.

Manjhi – The Mountain Man is a Biographical movie about the Mountain Man, Manjhi, who cut down the mountain to make the road so that people can commute easily and quickly. He does this because her wife fell from the mountain while crossing it. He cuts down the whole mountain single-handedly with his hammer and made the road. He lived in the village Gehlaur, of the city Gaya in the state of Bihar, India. The movie has 8 IMDB ratings. Nawajuddin Siddique has done quite well with the role. An awesome movie it is and, when it comes to biographical movies, it is one of the best Indian movies on YouTube.

These are the best Indian movies on YouTube which you must watch if you haven’t watched them yet.

2. Save the downloads as original formats, no need to transcode.

4. Batch download with a fast speed of downloading movies in one go.